Gloria Chao is an MIT graduate turned dentist turned writer. She currently lives in Chicago with her ever-supportive husband for whom she became a nine-hole golfer (sometimes seven). She is always up for Dance Dance Revolution, cooperative board games, or spontaneous dance parties. She was also once a black belt in kung-fu and a competitive dancer, but that side of her was drilled and suctioned out. Visit her tea-and-book-filled world at GloriaChao.Wordpress.com.

Gloria is the acclaimed author of young adult contemporary novel American Panda and the upcoming Misaligned.

Gloria will be giving the keynote address at both Ch1Con and Ch21Con, as well as speaking on the conferences’ combined ask anything panel. 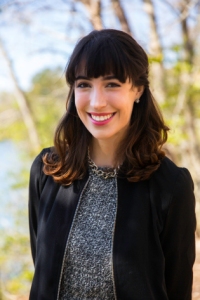 Amanda Foody has always considered imagination to be our best attempt at magic. After spending her childhood longing to attend Hogwarts, she now loves to write about immersive settings and characters grappling with insurmountable destinies. She holds a Masters in Accountancy from Villanova University, and a Bachelors of Arts in English Literature from the College of William and Mary. Currently, she works as a tax accountant in Philadelphia, PA, surrounded by her many siblings and many books.

She is the author of Daughter of the Burning City and The Shadow Game series. The first installment, Ace of Shades, released in April 2018.

Amanda will be co-leading writing workshops with Christine Lynn Herman at both Ch1Con and Ch21Con, as well as speaking on the conferences’ combined ask anything panel. 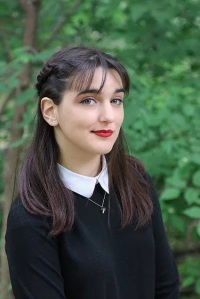 Christine Lynn Herman wrote her first book at age six, about a squirrel who hibernated, woke up, and decided to go back to sleep. She has since learned that squirrels do not hibernate. Born in New York City but raised in Japan and Hong Kong, she subscribes to the firm philosophy that home is where her books are. She returned to the United States for college, where she traded out a subtropical climate for harsh, snowy winters and an Honors English degree at the University of Rochester. She now resides in Brooklyn, where she works in publishing by day and writes novels by night.

Her debut YA novel, The Devouring Gray, will release from Disney-Hyperion in Spring 2019, with a sequel to come the following year. She is represented by Kelly Sonnack of the Andrea Brown Literary Agency.

Christine will be co-leading writing workshops with Amanda Foody at both Ch1Con and Ch21Con, as well as speaking on Ch21Con’s young publishing panel and the conferences’ combined ask anything panel.

Check out Christine’s book, The Devouring Gray (spring 2019), on GoodReads. 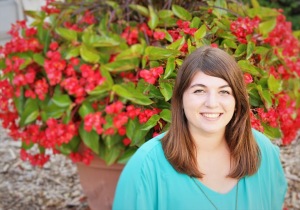 Allison Mulder grew up in various small Midwestern towns and a sizable swath of the internet. She writes fantasy, science fiction, and–often by accident–horror. Her short stories have appeared in a number of pro-level speculative fiction markets, including Fireside Fiction, Escape Pod, and InterGalactic Medicine Show. She also helps sift through short fiction submissions at Strange Horizons as a first reader, and has volunteered with Ch1Con and Ch21Con for several years. With patience, sensitive equipment, and ample provisions, you can sometimes glimpse Allison at allisonmulder.wordpress.com. Or, track her far more easily on Twitter at @AMulderWrites, where she broadcasts any significant life happenings, gushes over her current fictional obsessions, and uses far too many X-Files gifs.

Allison will be leading writing workshops at both Ch1Con and Ch21Con, as well as speaking on the conferences’ combined ask anything panel.

Check out Allison’s published short fiction on her website. 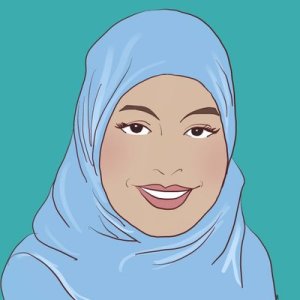 Karuna Riazi is a born and raised New Yorker, with a loving, large extended family and the rather trying experience of being the eldest sibling in her particular clan. She holds a BA in English Literature from Hofstra University, and is an online diversity advocate, blogger, and publishing intern. She is a 2017 honoree on NBC Asian America’s Redefining A-Z list, featuring up and coming talent within the Asian-American and Pacific Islander community, and her work has been featured on Entertainment Weekly, Amy Poehler’s Smart Girls, Book Riot and Teen Vogue, among others. Karuna is fond of tea, Korean dramas, writing about tough girls forging their own paths toward their destinies, and baking new delectable treats for friends and family to relish. The Gauntlet (S&S/Salaam Reads, March 28, 2017) is her middle grade debut.

Karuna will be leading writing workshops at both Ch1Con and Ch21Con, as well as speaking on the conferences’ combined ask anything panel. 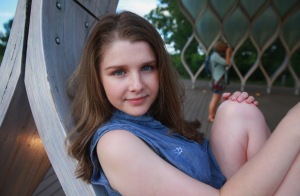 Emma Rose Ryan is an undergraduate studying Creative Writing at the University of Illinois at Urbana-Champaign. She’s been a member of the Chapter One Young Writers Conference team since the event’s inception, and she is honored to be taking over as director for 2018. Emma writes middle grade and YA fiction, focusing on paranormal and urban fantasy genres. When she’s not writing, Emma can be found reciting Shakespeare, watching The West Wing, or petting someone else’s cat.

Emma will be co-moderating the conferences’ combined ask anything panel with Julia Byers. 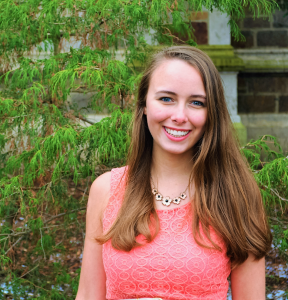 Julia Byers graduated in 2016 from the University of Michigan – Ann Arbor, where she studied Honors Creative Writing & Literature and Global Media Studies (Film). She graduated with Distinction and Highest Honors. She then attended the inaugural Columbia Publishing Course UK, a one-month intensive certificate course focused on the publishing industry, run in collaboration by Columbia University and Exeter College, Oxford University. In 2017, she moved to New York City to complete a six-month editorial internship at Scholastic. She now spends her days as an assistant at a children’s literary agency. In her free time, she directs bookish nonprofit organization Chapter One Events and is a writer and photographer. Her writing has received a variety of honors, including a Hopwood Award, the Arthur Miller Award, and first place in the children’s/YA fiction category of the Writer’s Digest Annual Writing Competition.

Julia will be speaking on Ch21Con’s young publishing panel, as well as co-moderating the conferences’ combined ask anything panel with Emma Rose Ryan.

Every story needs a beginning. This is ours.

Twisted
Short Stories by Yo...
By Anne Brees, Camer...